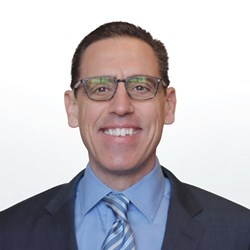 As CEO of ImageFIRST Healthcare Laundry Specialists, Jeffrey Berstein is a visionary force in positioning and growing the company to become the nation's leading provider of healthcare laundry and linen services.

Jeffrey's history with ImageFIRST began more than 25 years ago. After graduating from Boston University in 1985 with a bachelor's degree in marketing, he founded ImageFIRST Professional Apparel Inc.  While leading the Professional Apparel business to national success, before selling it in 2006, he became President of ImageFIRST Healthcare Laundry Specialists in 1999. During his tenure as president, and ultimately CEO, Jeffrey served to grow ImageFIRST into the nation’s leading provider of laundry and linen services to outpatient medical facilities, ambulatory surgery centers, health systems, and hospital outpatient departments, serving all major markets throughout the United States and Puerto Rico.