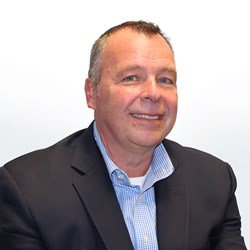 As Chief Operating Officer and Chief People Officer, Joe Geraghty is a man with a mission. Actually, several missions. In Joe's 28-year tenure with ImageFIRST he has been driven to excel in strategic operational positions.

As a Philadelphia native and graduate from La Salle University, Joe earned his CPA and started his career in finance at Price Waterhouse, where he was an Audit Manager. He then joined ImageFIRST as Controller, in 1991, which is where his hands-on talent for strategic operations took off. From Controller he was promoted to General Manager, progressing from there to Vice President of Operations, and then Chief Operating Officer. Ultimately, in 2019, Joe elevated to the dual title of Chief Operating Officer and Chief People Officer (COO/CPO), driving two key areas of ImageFIRST's business.