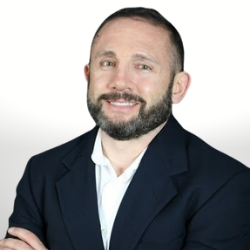 As Vice President of Operations, Chris Lorefice brings more than 20 years of industry experience to ImageFIRST. His expertise will lead to greater operational excellence in the organization and he will focus on improving several business initiatives company-wide.

Chris effectively worked his way up through his previous organization, Aramark Uniform Services, starting as a Management Trainee in 1999 after graduating from Cornell University with a Bachelor of Science degree in Applied Economics. During his time at Aramark, he held several leadership roles, and was responsible for leading a multitude of operational initiatives, including Facility Expansions & Consolidations; M&A Due Diligence and Integration; Operations Liaison to AUS Japan; and other major operational projects.

Currently, he is enrolled in the University of Michigan Executive M.B.A. program to continue his commitment to his own professional development and growth.

Chris joined ImageFIRST in 2021. As VP of Operations, Chris will be responsible for leading ImageFIRST Operational Excellence, with a focus on Plant Operations, Supply Chain, Distribution, Procurement, and Safety.