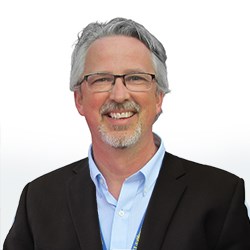 Terry Smith has been an enterprising leader with the ImageFIRST team for over 15 years. As Vice President of Diligence & Projects, he provides strategic expertise in his oversight of operations, service and sales.

This University of Michigan graduate showed his entrepreneurial spirit early on, partnering with then fellow-student and now fellow-associate, Todd Watkins, buying rental property in Ann Harbor for college students attending the university. Post college, Terry joined the U.S. Navy, performing as Naval Flight Officer for eight years. He then became a Sales Manager for a wholesale company for 10 years before finding his way to ImageFIRST.

Terry joined the ImageFIRST family in 2004 as a franchise owner of a plant in Detroit, MI.  He and partner Todd grew their business extensively, opening a presence in Denver, CO in 2010 before taking on the Cincinnati/Cleveland office in 2018.  Terry’s plants officially joined ImageFIRST Corporate in October 2018.