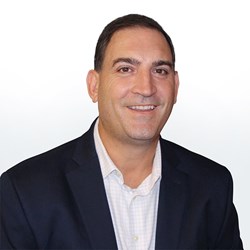 The Massachusetts native graduated from Miami University Ohio with a degree in Media Management before joining Cintas as a Production Supervisor.  During his 17 years at Cintas, he held a variety of positions including General Manager in multiple markets and Assistant Vice President overseeing operations in eastern Canada.

He joined ImageFIRST in 2011 as a General Manager for South East Florida.  He was quickly promoted to Southeast Regional Vice President and was also tasked with cultivating the companies service strategy.  In 2018, he was promoted to Executive Vice President.

His current responsibilities include operational responsibilities for the Eastern Region, execution of the service strategy, overseeing the General Manager Academy and Emerging Leaders (Management Trainee) Program and leading the Acquisition Integration Team.

In 2018, Jay was honored as Executive of the Year at the Customer Revolution Summit held by the DiJulius Group, a world-class authority on customer service.